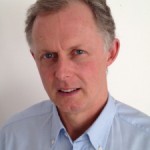 In terms of building visibility and authority on the Web, which is what largely determines your search rankings, the value of what I call online PR and within that social media is growing by the day.

Up to now it’s been difficult to measure the effect of social media engagement through Google Analytics but now Google have just announced a new set of reports that will show you which social channels actually help to drive visitors to your site and which are directly or indirectly influential in achieving your goal conversions.

‘Measuring the value of social media has been a challenge for marketers. And with good reason: it’s hard to understand exactly what is happening in an environment where activity occurs both on and off your website. Since social media is often an upper funnel player in a shopper’s journey, it’s not always easy to determine which social channels actually drive value for your business and which tactics are most effective.

But as the social industry matures, marketers and web analysts need true outcome-oriented reports. After all, although social is growing in popularity, brand websites – not social networks – remain the place where people most often purchase or convert.
That’s why we’re releasing a new set of Social reports within Google Analytics. The new reports bridge the gap between social media and the business metrics you care about – allowing you to better measure the full value of the social channel for your business. We wanted to help you with 3 things:

The Social reports allow you to analyze all of this information together and see a more complete picture of social impact than often used today.’

And here’s a sample of the new Overview Report that shows a snapshot of Social Value:

The Overview report allows you to see at a glance how much conversion value is generated from your social channels. The Social Value visualization compares the number and monetary value of all your goal completions against those that resulted from social referrals – both as last interaction, and assisted.
A visit from a social referral may result in conversion immediately or it may assist in a conversion that occurs later on. Referrals that lead to conversions immediately are labeled as Last Interaction Social Conversion. If a referral from a social source doesn’t immediately generate a conversion, but the visitor returns later and converts, the referral is included as an Assisted Social Conversion.
Hope you found the above useful.
Jeremy Nelson-Smith, Google Analytics Expert.
www.theinternetspecialist.co.uk